The second Spotlist is a rangy and in-your-face affair. We have the Chemical Brother’s signature metallic dance on new track Sometimes I Feel So Deserted. There is dark trance from fellow EDM Grandads Leftfield on Bilocation. We have the mournful oriental sound of Major Lazer; jazz I could actually get on board with from Ninja Tune’s Jaga Jazzist; delicate guitar from Toro Y Moi; the freak-out of Holly Herndon; the jumping sound of Sylvan Esso; beauty from teenager Billie Marten; laconic reverb from Willie J Healey; plus tracks from Paul Weller’s and Hot Chip’s new albums; and a bit of Ravel. Enjoy!

New Feature: Albums of the Week

A new feature which ideally belongs on a Monday but has had its inaugural publication pushed back due to the fact it takes a while to listen to a crop of albums enough to give any sort of valid opinion on them! Next week should see the feature nestling into a more appropriate publication day. 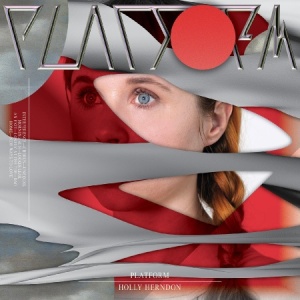 A producer hailing from Tennessee and based in San Francisco, Herndon makes music that would make a Coldplay fan shit their pants. It has more in common with unpredictable sonic art than a sing-along such as Come on Eileen, say. The album features Arca-like swoops and jerks – basically it sounds like the future. Sometimes it is heart-clingingly beautiful, sometimes it sounds like a vocoder and a shredder making unholy love. The tracks with talking through them are not really for me but you cannot deny the invention and I respect that she is the auteur of her own sound – it is her vocals she’s mashing up. She’s her own FKA Twigs and Arca in one. This is for those who like their music to function as a cheap and legal way to alter their consciousness.

The sixth album from the sunny dance pioneers. They don’t seem to have tickled the mainstream much but for urbanites with discernment they are the go-to band for dance music with a heart. Alexis Taylor’s fragile, smitten falsetto imbues their sound with a charming warmth but they also know their way round a tune – single Need You Now is infectious throwback house. The album closes with the urgent title track asking “why make sense when the world around refuses?” Indeed. 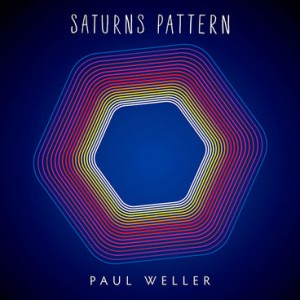 Weller shows that success and advancing age needn’t mean flabby complacence, as his 12th solo album finds him in a pleasingly experimental mood. That title is a massive fuck you to grammatical pedants, mind.

Does Snoop like to smoke weed? I never knew, he’s so tight-lipped about it. I jest, of course, he never bloody shuts up about it. The new album is slinky and star-studded. Pharell produced, Stevie Wonder inflected Bush may not offer much in the way of musical or lyrical invention but the Dogg’s rapping is as hypnotic as ever.

Tove Lo – Queen of the Clouds

The Swedish hot mess produces a 21- track epic of a debut. It is a masterful and beguiling collection of confessionals about being a hedonistic disaster area. Never has being drunk and heartbroken looked so perversely appealing.

We are not restricted to one genre here and classical music can be just as fresh and inventive as any other type, especially to the uninitiated. The lack of lyrics mean that it is a good choice for concentration. Maurice Ravel (1875 – 1937) was a French composer associated with impressionism and Daphnis et Chloe, composed for a Michel Fokine ballet debuted in 1912, is his longest work. Performed by the Paris Opera orchestra, conducted by Philippe Jordan, this new release is a swirling, immersive piece with lush arrangements, glimmers of harp and wordless vocals that sound almost sci-fi. Its tone constantly varies, swooping from crescendos to hush and back again. I gave it a listen on an off-chance and it has quickly insinuated itself into my affections and garnered repeated listens. Listening feels like more than just passive consumption.

Off the Beaten Tracks

I first listened to this and thought “meh” but by the second listen it started to give me that fizzy, happy feeling that Hot Chip is so good at creating.

The producer’s album is a bit of a non-entity, despite the huge roster of talent used. However, this track features the sherbet vocals of Lykke Li, instantly marking it out as worth a listen.

Blur’s back! New album The Magic Whip is out on 27th April.

The Staves – Black and White

The folk trio of three sisters from Watford have a new album out, If I Was.